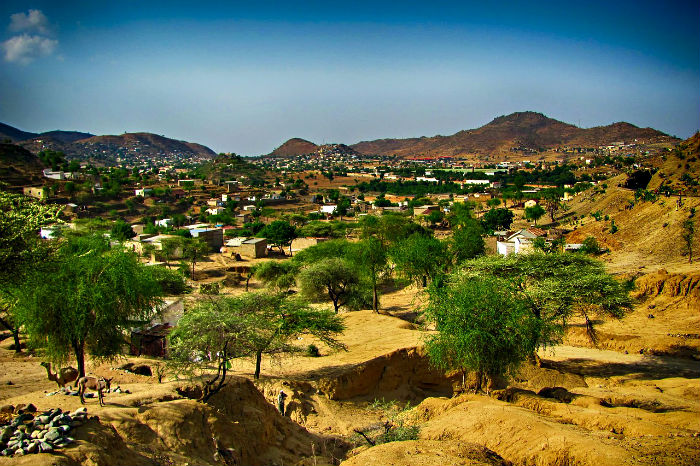 We’ve talked before about how the United States is basically the only country on earth that imposes a tax on the worldwide income of not just its residents, but its citizens. Even being born in a US hospital with foreign parents on vacation could be your ticket to a lifetime of tax servitude.

Even Eritrea, the sub-Saharan African country which has its own, less draconian version of such a policy, has little enforcement to collect their “diaspora tax”.

The Land of the Free has an excuse for their need to collect a worldwide income tax on every dime you earn, though.

Sure, they’ll argue that “you didn’t build that” and your success was only the result of their government largesse. To them, your wealth was created the way a kid at Disney World “steers” one of the cars around the raceway – through no action of your own.

However, when you start to argue that living outside the United States means you don’t use any government services – and shouldn’t pay, sly government officials trot out the big guns to shut you down.

You are, they boast, enjoying the privilege their consular services.

And for that, you should keep shoveling the kleptomaniacs in Washington thousands and thousands of dollars.

I always find it interesting that people in favor of “tax justice” write me to argue and say that taxes “are the price we pay for ‘civilization’”. It’s an easy argument for them to make. After all, they figure if it weren’t for Big Government, we’d be lawless savages beating each other over the head with clubs and stealing each other’s money.

Places like Singapore (that don’t even tax your overseas earnings when you do live there) or Switzerland certainly aren’t civilized – their low tax rates make them backwards hellholes.

Of course, what the tax justice folks call “civilization” isn’t good infrastructure and long life expectancy. It’s a system that redistributes money from people like you and I to their favorite pet projects – or right into their own pockets.

They’re always on the lookout for fresh, unsympathetic victims to wring more money out of.

Unfortunately, expats are not very sympathetic figures. Some Americans would call them traitors simply for having a job outside of the United States.

However, when the tax justice guys tell you that you must be a tax slave for life merely for being born within a set of lines called “the United States”, consider this. No other country, “civilized” or not, has such a requirement.

If more taxes are better, lots more are lots better. High-tax places like Belgium, Norway, and the United Kingdom would be even more “civilized” than the US because they impose a heavier tax burden on their people.

Yet once you pack your bags and fly out of Brussels or Oslo or London for good, you simply let the tax authorities know and the bills stop coming.

Amazing how “uncivilized” that is.

I would argue that Belgium and Norway are better places to live, eat well, raise a family, and bank – Norway is even better at managing their fiscal affairs. But that’s another topic entirely.

The bottom line is that the US government believes – and their citizenry backs them up – that merely carrying a US passport is a prescription for lifetime tax enslavement. Some sort of bizarro birthright you get for birth onto American soil.

Yet those overseas services are rarely valuable. I’ve used US consulates in other countries and found the experience pretty horrifying.

It’s bad enough American embassies are about the only ones that take up multiple city blocks surrounded by huge fences and nasty-looking armed guards. Ever see an Irish embassy? You can walk right in.

I guess the Irish – and almost everyone else – have been too busy minding their own business and being polite to the own citizens to start a bunch of budget-draining wars that kill innocent people and piss off the very people they claim are out to get them.

If they only knew better.

Yet I don’t see thousands of Irish people dying every year because their government didn’t save them when they got caught in a bind overseas.

Entering a US consulate is like entering prison. While the government tells you you’ll buckle under to their spy-state madness if you “have nothing to hide”, they’ve got plenty to hide. You’re stripped of any electronic device, pen, pointy object, and just about anything else, and molested upon entry.

Once inside, you get barked at by staff who get vacation days on both US holidays and whatever country they’re working in. That means that in addition to being slow, apathetic government workers, they have the added benefit of working even fewer days a year and a bonus of getting to scream at and threaten you. Literally.

To say that Americans should be on the hook to Uncle Sam’s tax scam for life is beyond insulting. The fact that no other country does it means it’s not the price we pay to live in the civilized world, but the price we pay to be accidental citizens of the most arrogant country in the world.

I for one have doubts I’ll need the government’s protection. They do a pretty bad job at it to begin with. Despite feeling my crotch and snarking at me during “random” (read: every single time) checkpoints at the airport, I doubt they’ve kept a single flight of mine safe. Look at all the cases the TSA screws up anyway.

Similarly, I believe in self-reliant while overseas. If I ever get stuck in a war zone, I wouldn’t trust the US consulate to keep me safe. They’re not very good at doing things for other people.

All throughout history, governments have guarded the capital. The military was focused there and made it their top priority. The hinterlands… not so much. In the same way, today’s US government will defend their own overpaid bureaucrats before helping some little old citizen stuck in Libya evacuate alive.

It’s the sovereign version of ‘put your mask on first, then assist others.’

For a government that couldn’t even protect it’s own government agents in Libya, I doubt they’d do much to help little old me if I ever got holed up in a war zone somewhere. (And, since they’re sociopaths who can’t be challenged, even less if they read this article.)

Fortunately for them, their propaganda warnings against visiting any place remotely unsafe prevents most Americans from going to some “war zone” (like the Philippines – ha ha) and them having to be called out on just how phony their overseas protection is.

10 Impressive Benefits of Vitamin B6. To read more click drsys.co