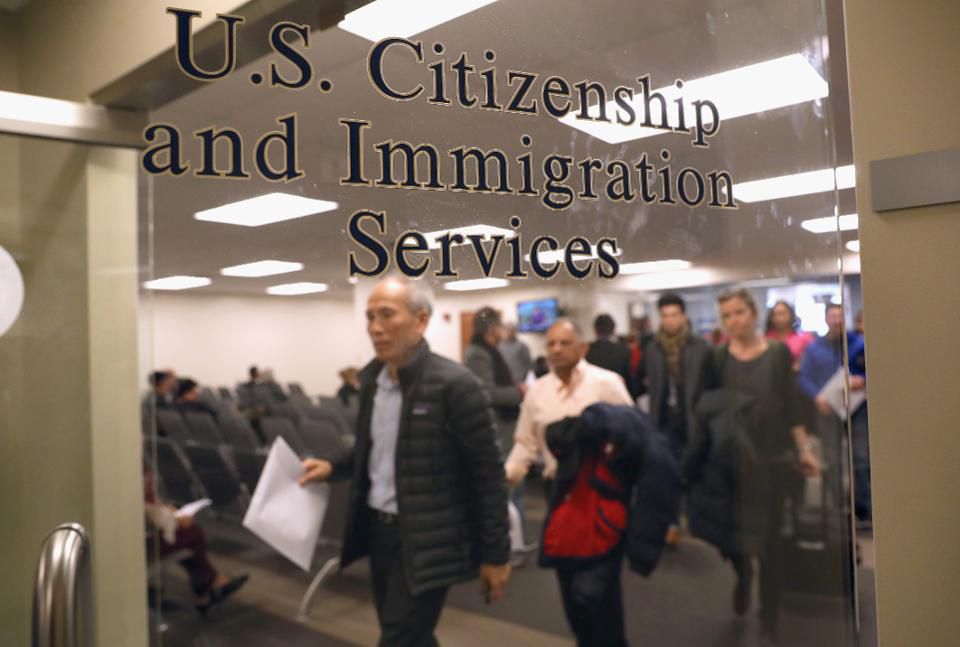 U.S. Citizenship and Immigration Services (USCIS) has found a way to make life more difficult for immigrants – make them wait longer. As a result of longer USCIS processing times, employers and high-skilled foreign nationals are less likely to view America as a great place for careers and innovation, while other foreign-born individuals wonder why treating people poorly has become official government policy.

Boyd found the average time for USCIS to process a case increased by 46% the past two fiscal years: “Case processing times increased substantially in FY 2018 even as case receipt volume appeared to markedly decrease. . . . Viewed as a whole, USCIS’s national average processing time data reveals a legal immigration system in a tailspin.”

Specific policy choices in the first two years of the Trump administration have contributed to the long delays. “In 2017, USCIS implemented a sweeping new in-person interview requirement for employment-based green card applications,” notes the report. “Increased delays in the adjudication of employment-based benefits have undermined the ability of U.S. companies to hire and retain essential workers and fill critical workforce gaps.”

H-1B professionals and prospective new employers can now wait more than a year for USCIS to make a decision on an H-1B application. (See here, Form I-129, California Service Center.) In FY 2018, the USCIS processing time for an I-140 form (Immigrant Petition for Alien Worker) was approximately 8 months, compared to 3 months in FY 2014. (Processing times do not include green card waits of 10 years or more for Indian professionals caused by the per-country limit and the low annual quota on employment-based immigrant visas.)

Due to limited resources at USCIS offices, the in-person interview requirement for employment-based green cards has forced people to wait longer to become a U.S. citizen. The wait time for USCIS to process naturalization forms increased to 10.2 months in FY 2018, almost twice as long as the 5.2 months it took to process an N-400 form in FY 2014. An I-130 petition for an Immediate Relative of a U.S. citizen took 9.7 months to process in FY 2018, up from 6 months in FY 2016.

Shortly after Donald Trump took office, key administration staff members began drafting an executive order they hoped could be used to enact a variety of new immigration restrictions. While the initial drafts that were leaked to the press listed specific policies, the presidential executive order that was finally released was written broadly. That allowed those who drafted the order to use and cite it to justify a variety of actions, since the order mentioned “new rules” and “new guidance” on immigration. This was the “Buy American and Hire American” executive order issued in April 2017.

In addition to waiting longer, people in business immigration categories are more likely to have their cases denied than in the past. Once the impact of the “Buy American and Hire American” executive order spread through the layers of the administration, “The proportion of H-1B petitions denied for foreign-born professionals increased by 41% from the 3rd to 4th quarter of FY 2017,” according to an analysis by the National Foundation for American Policy.

A major consequence of the increase in denials and the long waits is that many H-1B professionals are now reluctant to change jobs. Under the law, contrary to popular perception, an H-1B visa holder can change his or her job to a new company even before a new petition is approved for the new employer. However, USCIS stopped allowing employers to pay an additional fee, called premium processing, to obtain quicker decisions for change of employer cases. That means many H-1B professionals are afraid to leave their current employer and start working for a new company. The H-1B visa holders worry that the increase in denials means they may have an application denied months after starting a new job. That would leave them with no job and likely no alternative but to depart the United States to avoid being out of status.

Despite arguing its policies are designed to protect U.S. workers, it would seem current administration policies harm U.S. workers in two ways. First, as noted, because of the administration’s policies H-1B professionals are less likely to leave an undesirable employment situation. Critics of H-1B visas have argued that less labor mobility for H-1B professionals can lead to someone being exploited by a bad employer and undermine U.S. workers. Second, the waits, denials and uncertainty are encouraging U.S. employers to shift more work and more workers outside the United States, which affects both those jobs and complementary jobs that could have been created in the U.S. Particularly in the long run, that’s an unfortunate development for U.S. workers and America’s place as a center for innovation in the world.

We should recognize that when the president and others in his administration use the term “merit-based” immigration, they do not mean welcoming more high-skilled foreign nationals to immigrate to or work in the United States. They simply mean fewer immigrants, including refugees, asylum seekers, family-based and, ironically, even employment-based immigrants.