Latest Blogs
Home offshore Rystad: 33 FPSO vessels to be sanctioned from 2019 to 2021 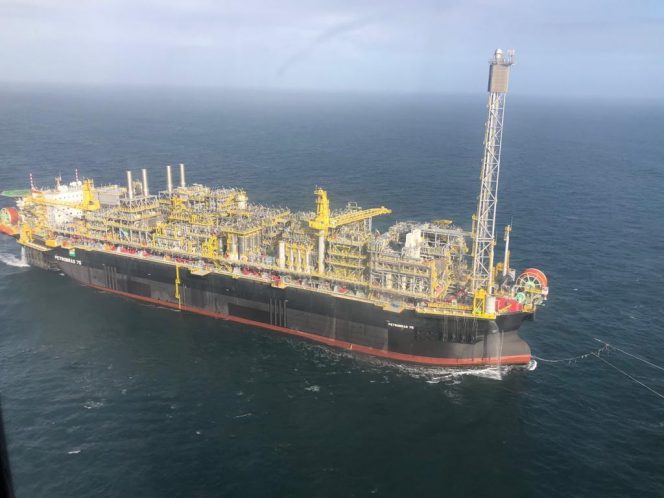 Norwegian oil and gas intelligence firm Rystad Energy expects 33 floating, production storage and offloading (FPSO) vessels to be sanctioned from 2019 to 2021 as oil and gas activity picks up in the offshore sector.

Rystad said last Friday that, of the 33 FPSOs, 15 would require a production capacity above 80,000 barrels per day.

The Norwegian energy intelligence group said the high capacity demand would come mainly from the developments in Guyana and Brazil where operators such as ExxonMobil, Equinor, and Petrobras are stepping up their deepwater production.

In Guyana, ExxonMobil hit discoveries number 11 and 12 on the Stabroek Block when it found oil in the Tilapia-1 and Haimara-1 wells earlier this month.

ExxonMobil discoveries are considered good news for suppliers and builders of floating production units, as there is potential for at least five FPSOs to be deployed at the Stabroek Block, expected to produce more than 750,000 barrels of oil per day by 2025. Worth noting, first production there is expected in March 2020.

The U.S. major’s Liza Phase 1 development is expected to begin producing up to 120,000 barrels of oil per day in early 2020, utilizing the Liza Destiny FPSO which is set to begin its journey to Guyana in the summer. Liza Phase 2, expected to start up by mid-2022, will use a second FPSO designed to produce up to 220,000 barrels per day. SBM Offshore is expected to land this FPSO contract.

As for Brazil, during the summer of 2018, Equinor said that the country became a core area for the company with a daily production from the company’s current fields of over 90,000 barrels per day. At the time, Equinor revealed plans to invest more than $15 billion in Brazil until 2030. According to the company, it has the potential to produce between 300,000 and 500,000 barrels of oil equivalent per day in Brazil depending on phasing of projects and exploration success.

Brazil’s national oil company Petrobras recently showed its intent for further investments in FPSO units. Namely, the Brazilian oil major in December 2018 decided to set aside $84 billion to spend between 2019 and 2023.

Most of the funds will be directed towards E&P where the company plans to boost output by putting 13 FPSOs in production, seven of which it is yet to order.

It is worth reminding that the world’s largest FPSO supplier SBM Offshore ordered two Fast4Ward FPSO hulls with plans to order a third soon. One is ordered for the Exxon’s Liza 2 project while the order of the other one was based on increased confidence in the market.

SBM Offshore recently said the company was tracking 45 potential FPSO projects in 25 countries, that could materialize in the coming two to three years.