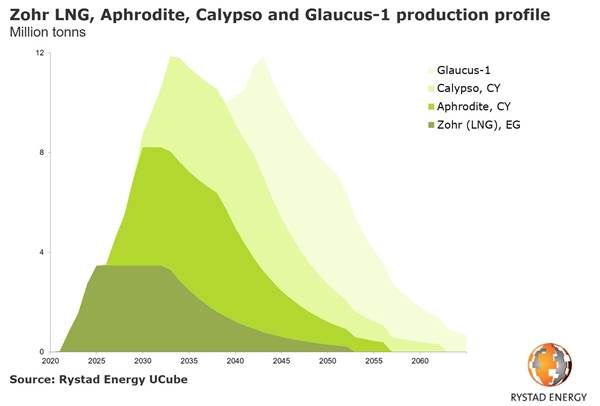 Oil giant ExxonMobil, together with partner Qatar Petroleum (QP), made giant gas discovery to the east Mediterranean region after finding a gas-bearing reservoir offshore Cyprus and estimated in-place gas resources in the reservoir at 5 to 8 trillion cubic feet (tcf) of gas.

The gas discovery off the coast of Cyprus could either bring tensions between the Mediterranean island and Turkey to the boil or help resolve the 45-year dispute between them, British newspaper the Guardian said.

At present, the Cyprus government envisages gas in the country’s offshore eventually being exported to Egypt by pipeline.

Meanwhile, Rystad Energy’s senior upstream analyst Palzor Shenga points out that, “ExxonMobil continues to impress with its sheer volume of discovered resources. The Glaucus-1 discovery is huge. Rystad Energy forecasts it will hold recoverable resources of around 700 million barrels of oil equivalent.”

Cyprus could turn into an important gas hub and might consider constructing a land-based natural gas liquefaction plan after the impressive string of major discoveries in the area, he said.

“We expect Glaucus-1 and the neighboring discoveries Aphrodite and Calypso to collectively add around 2 billion cubic feet per day of gas at peak. However, we do not expect Glaucus-1 to come online until the late 2030s, due to the lack of liquefaction capacity,” Palzor added.

Bringing gas from these discoveries to the market will not be straightforward, Shenga said: “Cyprus currently lacks a natural gas liquefaction facility. Egypt and Cyprus have recently agreed to build a subsea pipeline to link the significant gas resources located in Cypriot waters with Egypt’s LNG export facilities. The landmark deal is expected to carry a price tag of around $1 billion. This pipeline will be initially used to transport gas from Aphrodite, followed by Calypso. The liquefied gas will be then re-exported to the EU in the form of LNG. However, the project is not as easy as it sounds due to the geopolitical concerns from the neighboring countries.”

He added: “These discoveries are huge and can add fuel to the ongoing dispute between the governments of Cyprus and Turkey. Under these circumstances, Cyprus must make sure that the energy giants can run their operations safely, without threats of military intervention, and that they can invest in developing and bringing them into production.”

“The discovery is located at around 2100 meters water depth in the Exclusive Economic Zone (EEZ) southwest of Cyprus. The area holds several giant discoveries, and there has justifiably been a huge buzz about the area for years,” Shenga said.