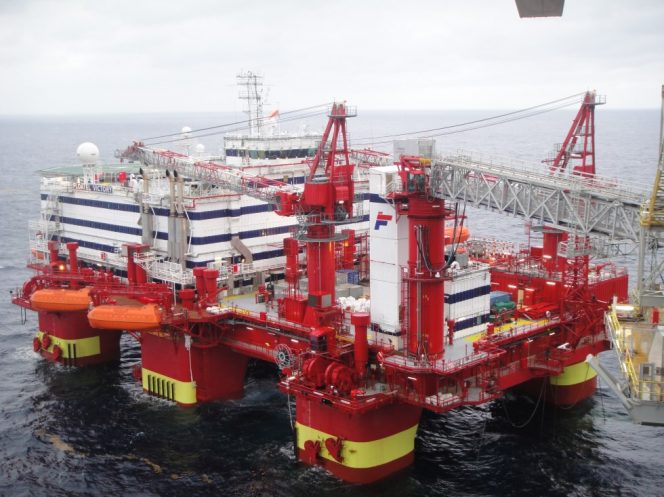 In a statement on Thursday, the UK Competition and Markets Authority (CMA) said:”After completing its initial Phase 1 investigation, the CMA is concerned that the deal could reduce competition in the supply of ASVs for oil and gas projects on the UK continental shelf.”

“The CMA’s investigation has found that Prosafe and Floatel are the 2 largest suppliers in the market, owning the vast majority of semi-submersible offshore accommodation in North West Europe. They compete closely with each other and have consistently won the most contracts over time. Aside from the merging businesses, there are limited alternatives available to customers at present,” the CMA said.

“The CMA is therefore concerned that because of the deal, Prosafe and Floatel’s customers would face higher prices or lower quality offers when tendering for ASVs due to insufficient competition,” the competition authority said-

“If the merging businesses are unable to address the CMA’s concerns, the deal will be referred for an in-depth Phase 2 investigation, to be carried out by a group of independent CMA panel members,” the regulator added.

In a separate statement, Prosafe said:”Prosafe and Floatel are currently considering an acceptable remedy for phase one or whether to enter phase two.”

The companies are also awaiting a response from the Norwegian authorities, where the competition process is in its second and final phase.
Prosafe has previously said the conclusion in Norway is expected by the end of September.

The Online Publishers (TOP) is an International Campaigner and Online Lobbyist operating in over 120 countries and 65 languages.

5 Reasons TOP Is The Best Digital Marketing Agency To Sign Up With.

What are the factors that affect  foreign direct investment(FDI)?

The Online Publishers TOP Platform Is No. 1 Choice for Press Release Distribution.

Best Way To Sell Photos From Home For Cash.

TOP Gives A New Opportunity To Earn With Its Ebooks Library.

Trust TOP To Help Repair Your Online Reputation At Any Time.

One Quick Way To Take Care Of Online Reviews.

2 Benefits You Get When Partnering With TOP For Online Reputation Building.

One Step To Getting Great Online Reviews.

4 Reasons to Go With TOP When Searching For Translation Service Help.