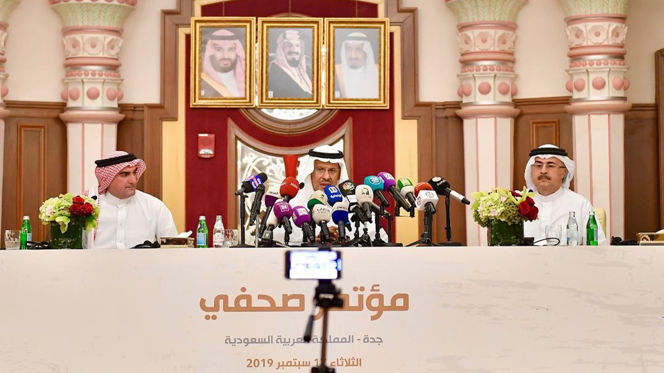 Saudi Aramco, a Saudi Arabian oil and gas giant, has said the company will return to full production capacity by the end of the month following a drone attack on the world’s largest oil processing facility last Saturday.

As previously reported, oil prices on Monday saw the biggest surge since 1991 following the attack on Saudi Aramco’s oil processing facilities Abqaiq and Khurais in Saudi Arabia. The prices surged by as much as 19% in early trade on Monday before easing off to show a 10% gain after the U.S. President Trump said he would release the U.S. emergency supplies.

On Tuesday, oil prices plunged by 6% after Saudi Arabia’s energy minister Prince Abdulaziz bin Salman told the journalists at a press conference that the country had managed to restore oil supplies to customers to where they stood before the attacks by drawing from its huge inventories, according to Reuters.

Saudi Aramco President & CEO Amin Nasser said on Tuesday that the company’s production capacity would be fully restored by the end of September.

Speaking to media in Jeddah during a news conference with Prince Abdulaziz Bin Salman, Minister of Energy, and Yasir Rumayyan, Chairman of Saudi Aramco, Nasser said: “These synchronized attacks were timed to create maximum damage to our facilities and operations. The rapid response and resilience demonstrated in the face of such adversity shows the company’s preparedness to deal with threats aimed at sabotaging Aramco’s supply of energy to the world.”

During the news conference, it was disclosed that production at Khurais resumed 24 hours after the attack. Meanwhile, Nasser stated that production at Abqaiq is currently 2 million barrels per day and its entire output is expected to be restored to prior rates by the end of September.

“We have a hard-earned reputation for nearly 100 percent reliability in terms of meeting our international customers’ requirements and we have defended that,” he told journalists from Saudi and international media.

The company adjusted deliveries and shipments to customers by drawing on inventories and offering additional crude production from other fields.

“Not a single shipment to an international customer has been or will be missed or canceled as a result of these attacks. We have proven that we are operationally resilient and have confirmed our reputation as the world’s leading supplier,” Nasser said.

“The company has met its commitments to its International customers, even in challenging situations, including past Gulf conflicts.”

How TOP Helps With Finding Clients For Making Money Online With Social Media.

3 Steps to Joining With TOP To Get Great Online Reviews.

Why Go With TOP For Any Translation Services.

3 Reasons To Go With TOP For Any Online Translation of Documents.