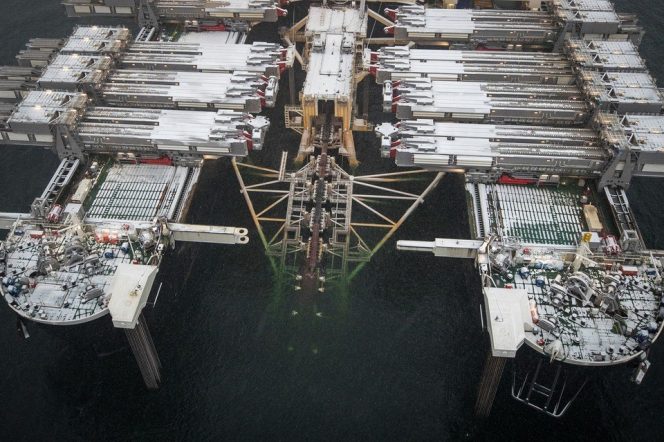 Following a number of delays, Danish authorities have granted a construction permit for the Nord Stream 2 offshore gas pipeline in the Baltic Sea.

Nord Stream 2 AG, a subsidiary of Russia’s Gazprom and operator of the Nord Stream pipeline, said on Wednesday it had obtained the permit to construct its planned pipeline system in the Danish Exclusive Economic Zone (EEZ) southeast of Bornholm. The permit was granted by the Danish Energy Agency, which is in charge of the application, and covers a 147-km-long route section.

“We are pleased to have obtained Denmark’s consent to construct the Nord Stream 2 Pipeline through the Danish continental shelf area in the Baltic Sea southeast of Bornholm. We will continue the constructive cooperation with Danish authorities to complete the construction of the pipeline,” said Samira Kiefer Andersson, Permitting Manager Denmark at Nord Stream 2 AG.

The company said that preparatory works, such as the installation of concrete mattresses and rock placement for the crossing of existing infrastructure (cables and pipelines), and the subsequent pipelay, would start in the coming weeks. The Danish section of the pipeline will be built with pipes currently stored in Mukran, on the German island of Rügen.

As of Wednesday, October 30 more than 2,100 kilometres of the Nord Stream 2 Pipeline have been laid. Pipelay has been completed in Russian, Finnish, and Swedish waters, and for the most part in German waters. The construction of both landfall facilities in Russia and Germany is nearing completion.

Nord Stream 2 has invested more than 6 billion euros in the project.

On April 3, 2017, the Danish Energy Agency received an application for a permit to construct transit pipelines southeast of Bornholm in Danish territorial waters and on the Danish continental shelf. The company withdrew this application in June 2019.

On April 15, 2019, Nord Stream 2 AG applied for two route alternatives on the continental shelf southeast of Bornholm with a length of respectively 147 km and 164 km. At the time, the company accused Denmark of making deliberate attempts to delay the project by asking for another route option.

“Asking for a third route option to be developed, despite two fully processed, ready-to-be-permitted applications on the table, can only be seen as a deliberate attempt to delay the project’s completion,” Nord Stream 2 AG said in April 2019.

On April 17, 2019, Nord Stream 2 AG filed an appeal against the March 26th decision of the DEA related to the North-western permit application requesting the company to investigate and submit an environmental impact assessment (EIA), accompanied by a permit application, for a route southeast of Bornholm to the Danish Energy Board of Appeal.

The Environmental Impact Assessment report for the Nord Stream 2 AG natural gas offshore pipeline route to the southeast of Bornholm, Denmark was made available to the public by the country’s coordinating authority, the Danish Energy Agency, in mid-May.

Following the granting of the permit, the Danish Energy Agency said on Wednesday, October 30 it had assessed that the southeastern route on the continental shelf is preferable to the northwestern route.

This is mainly due to an assessment of the impact on shipping and Natura 2000 areas, the agency said. Among the two southeastern route alternatives proposed by the company, the Danish Energy Agency said it had approved the shortest route, since this route provides the least risk and impact from an environmental and safety perspective and therefore is the preferable choice.

Based on consultation responses and close dialogue with relevant Danish authorities, the Danish Energy Agency has assessed that the southeastern route which has been granted a permit to is the preferable based on environmental and safety considerations.

The pipeline project on the Danish continental shelf is part of a larger pipeline project, consisting of two parallel pipelines of 1230 km for the transport of gas from Russia to Germany.

The natural gas pipelines starts in Russia and passes through Finnish, Swedish, Danish, and German marine areas and goes ashore at the German coast. The pipelines can transport 55 billion m3 of natural gas per year. The authorities in Russia, Finland, Sweden, and Germany have all granted permits for the project.

Online Reputation Management with the Help of Content Creation Services

A Global Market For Your Photos. To know more >> Theinternationalcampaigner.com

TOP Is Where To Turn For Public Relations Help.

3 Reasons To Go With TOP For Social Media Marketing Help.

The Use of Demographics and Psychographics in Digital Marketing.

Sell Photos In One Photos Gallery Through TOP.

Easier For Writers To Earn With TOP Platform

Why TOP Is Your Best Shot For Online Reputation Repair.

3 Reasons To Register To Review With TOP.

Shares of Nintendo tumble after it announces a delay in a closely watched video game.