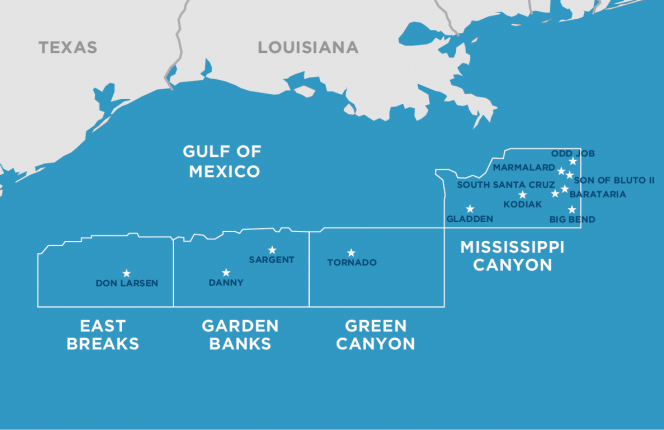 No oil at Kosmos’ Moneypenny well in Gulf of Mexico

The company on Monday said the Moneypenny prospect, drilled in Mississippi Canyon Block 214 in late October 2019, had been unsuccessful.

“The well, which was targeting net resources of approximately 9 million barrels of oil equivalent, was designed as an inexpensive exploration tail of the Odd Job development well and cost around $3.5 million,” Kosmos said in its 3Q report.

Kosmos, which was recently four new deepwater blocks in the Gulf of Mexico, said that its U.S. Gulf of Mexico production averaged approximately 25,800 boepd net (82% oil) during the third quarter.

The production figures exceeded the high end of the company’s guidance range despite experiencing downtime from Hurricane Barry equivalent to approximately 1,500 boepd for the quarter.

“The strong third-quarter production was driven primarily by Odd Job, capitalizing upon spare capacity aboard Delta House [platform] , as well as initial production from Gladden Deep, the first successful well in the 2019 ILX program in the basin,” the company said.

ILX stands for infrastructure-led exploration which is aimed at areas where Kosmos has existing production and where there is sufficient midstream capacity to enable the development of new discoveries via subsea tieback faster.

Total net production in the third quarter of 2019 averaged approximately 68,800 barrels of oil equivalent per day.

How Should Governments Go Seeking Out Investors For Foreign Direct Investment?.

3 Ways TOP Platform Can Help You With Online Lobbying.

4 Ways TOP Can Help You Handle Your Press Release.

How to come up with a successful ad?!.

An Opportunity With TOP Ebooks Library To Start Earning

Why You Should Trust TOP For All Reputation Management Needs.

4 Main Reasons To Do Online Reviewer Work With TOP.

4 Reasons To Go With TOP For Content Creation Services

Where to Find The Best Quality Translation Services.

4 Great Benefits To Advertising With TOP.