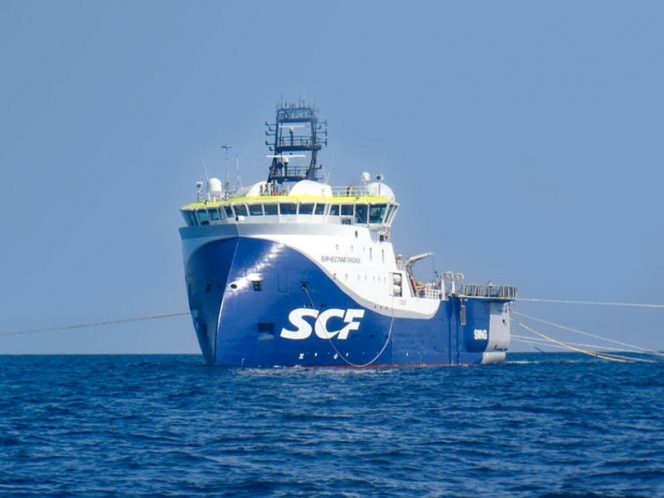 Russian shipping giant Sovcomflot will not be returning the Vyacheslav Tikhonov seismic vessel to Polarcus as previously agreed.

As previously reported, Sovcomflot (SCF)  was to redeliver the seismic vessel to the original owner Polarcus in November 2019, following completion of a wide-azimuth project in the Americas.

Polarcus said at the time it was in discussions for a number of potential projects with customers and would explore opportunities for the vessel after redelivery.

However, Polarcus on Tuesday said it had reached an agreement with Sovcomflot to postpone the scheduled redelivery of the vessel until January 15, 2020, while potential projects are pursued by SCF.

“The vessel will remain under the ‘charter back’ to a Polarcus subsidiary during this period on amended terms,” Polarcus said.

The Vyacheslav Tikhonov is a high ice class 8 streamer vessel suited to 3D XArray exploration requiring cable separations of 160 to 200m. It was built to the Ulstein SX133 design and incorporated the Ulstein X-Bow hull.

The vessel, originally named Polarcus Selma, has been on a long-term charter with Sovcomflot since delivery from the yard in 2011, with an extension signed in 2015. The charter was set to expire in October 2019.

The Russian firm said in March it would redeliver the seismic vessel by the end of April, earlier than originally planned, but later opted to extend the bareboat charter period of hire for two years – until October 2021, with further extension options.

It then said it would redeliver it in November 2019, but has now decided to keep it for at least until January 2020.

The ebooks library selection is an impressive one with The Online Publishers “TOP” platform and this hub offers services in multiple languages, more than 60 languages are available for different tasks and services through the platform.