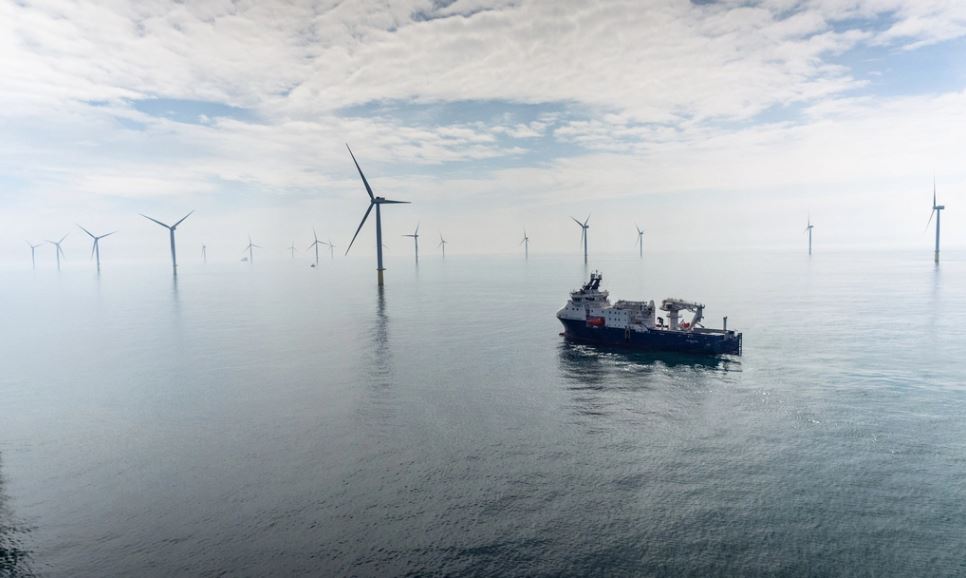 The State of New York has announced its second offshore wind solicitation, seeking up to 2,500 MW of projects.

The solicitation includes a multi-port strategy and requirement for offshore wind generators to partner with any of the eleven prequalified New York ports to stage, construct, manufacture key components, or coordinate operations and maintenance activities.

Funding for port investments will include USD 400 million in both public and private funding.

In seeking at least 1,000 MW of offshore wind, coordinated with a USD 200 million opportunity to support local and private investment in port infrastructure, NYSERDA will accept offshore wind bids between 400 MW and up to 2,500 MW.

Bids for this combined offshore wind and ports solicitation are due 20 October, and awards and contracts are expected to be executed in the fourth quarter of 2020.

The solicitation is the largest in US history, in addition to the state’s last year’s solicitation which resulted in nearly 1,700 MW awarded. It has the potential to bring New York State halfway toward its goal of 9,000 MW of offshore wind by 2035.

“During one of the most challenging years New York has ever faced, we remain laser-focused on implementing our nation-leading climate plan and growing our clean energy economy, not only to bring significant economic benefits and jobs to the state, but to quickly attack climate change at its source by reducing our emissions,” the State’s Governor Andrew Cuomo said.

“With these record-breaking solicitations for renewable energy and new port infrastructure, New York continues to lead the way with the most ambitious Green New Deal in the nation, creating a future fueled by clean, renewable energy sources.”

In aggregate, the offshore wind, port infrastructure, and a solicitation for up to 1,500 MW of land-based renewables, seek to procure approximately 12 million megawatt-hours, enough to power over 1.5 million homes annually.

The solicitations, combined with a competitive multi-port funding opportunity, are expected to spur approximately USD 7 billion in direct investments and to create approximately 4,500 short and long-term jobs.

NYSERDA Acting President and CEO Doreen M. Harris said: “Our second offshore wind solicitation combined with this historic investment in the state’s port infrastructure will ensure that New York continues to be a leader in our nation-leading pursuit of offshore wind. New York’s ports will serve a critically important role in supporting the long-term development of offshore wind projects not only in New York but along the entire East Coast while supporting new jobs and investment in the State during the state’s recovery from COVID-19.”

NYSERDA, with the assistance of NY Green Bank, Empire State Development, and the New York State Department of Transportation, will support this combined solicitation for investing in and upgrading the state’s port infrastructure with USD 400 million in private and public funding.

The Request for Proposals prioritizes funding for projects that will be operational quickly and that will drive additional private investments in the industry and directly support offshore wind projects.

New York launched the first phase of this process in October 2019, when it issued a Request for Qualifications that pre-qualified eleven proposers to participate in this competitive process.

The eleven prequalified sites are located from Long Island to the Capital Region. These sites are now eligible to partner with offshore wind developers for up to USD 200 million in public funding for direct use in advancing an offshore wind project and the long-term industry.

Under this competitive solicitation, New York State is offering funding support for specific types of capital infrastructure assets such as strengthened sub-surfaces or new shoreline protection structures, optimized to suit the development of port infrastructure for the offshore wind industry. The solicitation will seek a 1:1 match in private funding to build on the state’s commitment.

For those who are unfamiliar, content marketing is powerful because it builds up an image of expertise and experience for the business being marketed in this manner, thus increasing the chances of potential customers choosing them rather than one of the other options out there. It isn’t something that will produce results in an instant, but over time, content marketing can be critical for brand building efforts.