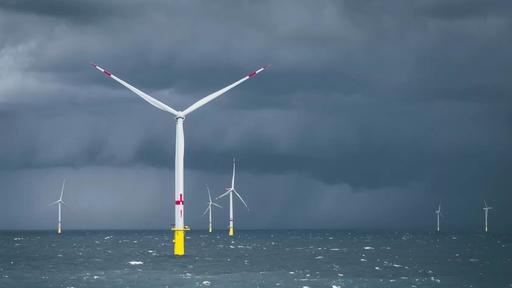 British Prime Minister Boris Johnson pledged Tuesday to tap United Kingdom’s offshore wind energy to power every home in the country by 2030, to be a part of the world’s shift away from fossil fuels.

“As Saudi Arabia is to oil, the U.K. is to wind—a place of almost limitless resource, but in case of wind without the carbon emissions and without the damage to the environment,” Johnson said in a statement.

Offshore wind energy, even though expensive, is a useful renewable resource, especially in coastal areas. It does not consume water and does not emit any environmental pollutants or greenhouse gases. The U.K. is the leader in the use of offshore wind, with almost 10 gigawatts of installed turbines, way ahead of Germany, China, and Denmark, as per Bloomberg data.

A total of $207 million will be set aside to upgrade present infrastructure in the U.K. for the same, even though research by an Oxford-based Aurora Energy Research, according to The Guardian, said expenditure required is close to 50 billion pounds, or $64.4 billion. It also suggested that a wind turbine would have to be installed every weekday for the whole of the next decade to deliver on this promise.

Johnson’s ambitious plan is central to the U.K.’s efforts to “build back greener” from the coronavirus pandemic the world is facing and accelerate towards a zero-emissions target by 2050. Johnson wants to develop this resource to generate more green jobs for those who were left high and dry because of the pandemic.

In his speech, he also explained the possible benefits of carbon capture and storage technology, hydrogen, home insulation, and heat pumps in the U.K. to reach its green targets.

Offshore wind technology, like most clean energy technology, has been a promising area of investment in the past few years. BloombergNEF estimates suggested that investment into this resource exceeded $35 billion in the first half of 2020, which is three times more than the same time last year and also the total for 2019.

Even though offshore wind farms cost more money to set up than onshore wind farms, they produce much more energy, Tom Edwards from Cornwall Insight, an energy consultant, was quoted in a CNN report. He added that this cost will decrease as development increases. It has already reduced to two-thirds in the past decade.

In a positive sign for the sector, BP (BP), one of the biggest oil companies in the world, also announced a $1.1 billion investment in two offshore wind U.S. projects that could power as many as 2 million American homes.

In a report last year, the International Energy Agency (IEA) had said offshore wind power has the capacity to power every home and business on Earth, even though it presently contributes less than 1% to global power generation.

Backlinks are simply links, scattered on the internet, that direct the viewer to a specific webpage and website once clicked upon. Having many backlinks placed on pages across the web is a good marketing strategy for a website. Once a website is created, backlinks help bring about traffic to that website via readers on other webpages on the net, by directing them to that website.