Latest Blogs
Home offshore Big Oil execs say they’re not worried about Biden’s energy plan, hope to ‘get his staff on board’ 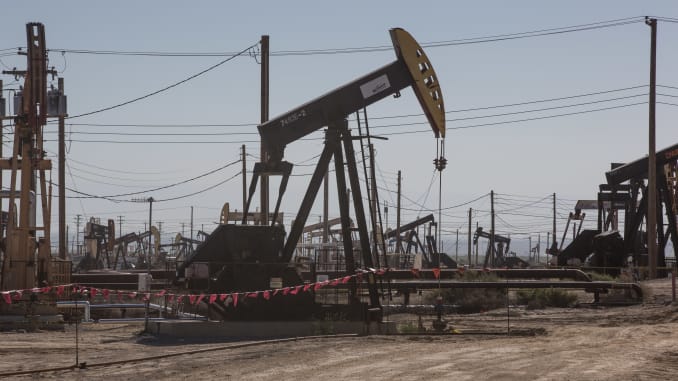 Big Oil execs say they’re not worried about Biden’s energy plan, hope to ‘get his staff on board’

LONDON — The prospect of a Joe Biden presidency and the most progressive climate strategy the U.S. has ever attempted is not something that should concern the energy industry, oil and gas executives have told CNBC.

Instead, they hope President-elect Biden will engage directly with them as he rolls out his energy plan.

Biden, who has won the U.S. election according to NBC projections, has previously said that one of his first acts as president would be to reverse President Donald Trump’s decision to pull out of the Paris climate agreement, an international pact designed to avert the dangerous warming of the planet.

Democrats such as Congresswoman Alexandria Ocasio Cortez are pushing for Biden to consider backing the Green New Deal, which would eliminate carbon emissions from most sources over a decade.

At present, however, Biden’s energy plan is more moderate.

“Talking about climate is often like talking about religion with some politicians. They don’t actually understand the complexities of the energy system very much and that’s never very satisfying,” said Bob Dudley, former CEO of BP and chair of the Oil and Gas Climate Initiative (OGCI), an umbrella group of some of the world’s leading oil and gas producers.

“So, what we need are policymakers and governments around the world that actually understand the mix of technologies, how they will come along, and the cost of these technologies, rather than rushing to get elected with what sounds too good to be true.”

When asked specifically about whether he felt Biden understood those energy complexities, Dudley told Steve Sedgwick: “If you look at the campaign rhetoric around it, I think you have a spectrum in his party. I think he understands it, it can’t be as fast.”

Dudley added: “There are some who want to go much faster and as a politician, he is going to have to balance what some people describe as the ‘far left’ with the more centrist parts of his party. How he’ll do that? I don’t know.”

Speaking during the ADIPEC 2020 Virtual Conference Tuesday, Dudley said hopefully Biden would talk to people in the industry about what exactly is possible.

“So, again, I’m an optimist because I don’t think you can (go) as far as the Green New Deal in the United States because it simply can’t afford it and it won’t actually deliver the energy,” Dudley said.

The OGCI says it is a CEO-led consortium “committed to collective action on climate change.”

The group is comprised of 12 members, including BP, Chevron, CNPC, Eni, ExxonMobil, Occidental Petroleum, Petrobras, Repsol, Saudi Aramco, Royal Dutch Shell, and Total, which together account for over 30% of global oil and gas production.

‘It gets back to collaboration’

Vicki Hollub, CEO of Occidental Petroleum, said she’d tried to avoid the news over the last week or so.

“It’s been something I really don’t want to hear much about. I can tell you that the transition from the current administration that’s been very, very supportive of the industry to Mr. Biden who will become president in January, I think is going to be one that will surprise some people,” she said during the same CNBC-moderated panel.

Some of Biden’s energy plans may be “mitigated” slightly by the Democrats’ failure to gain a majority in the Senate, Hollub said, adding that she expects Republicans to win the race for control of the upper chamber in a Jan. 5 runoff vote in Georgia.

She said that any new regulations Biden may implement would likely be “workable” for the industry.

“It gets back to collaboration. I think no matter who is in the White House, no matter which party controls the Senate and the House, it is really imperative for us as an industry to collaborate with them, with the regulators and with people in our society,” she said.

“I’m not as worried as some people are. It is going to take some work to share that knowledge and to get his staff on board. But they do understand carbon capture, they do know it works … In the end, as long as we have our long-term development plans in place, I think we will be okay as an industry.”

Vanuatu is a virtual paradise.  It is also the perfect place to incorporate a company.  Discover many options, experience business freedom, then enjoy the fruits of your success.  Check out the website #topcompanyformation.com