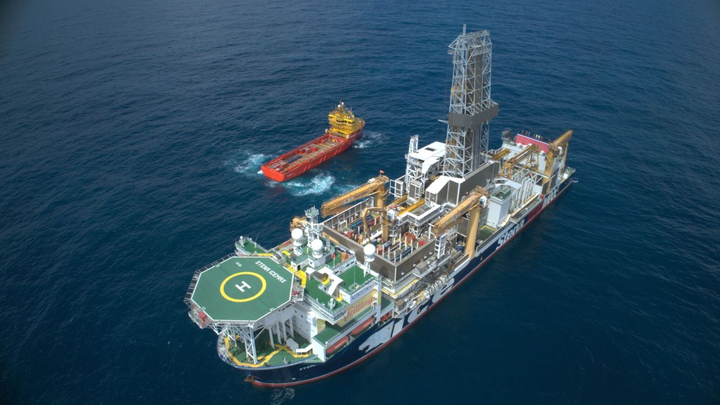 NASSAU, The Bahamas – The drillship Stena IceMAX has completed operations on the Perseverance #1 exploration well offshore The Bahamas.

According to operator Bahamas Petroleum Co. (BPC), the well encountered hydrocarbons at various intervals based on gas chromatography readings, including oil in various reservoir sections, but not in commercial volumes.

Drilling, originally scheduled for spring 2020, eventually started on Dec. 20 and continued through Feb. 7.

On Feb. 6, the well reached TD just over 3,900 m (12,795 ft), having passed through multiple targeted reservoir sections in Albian and Upper and Mid Aptian horizons, which cumulatively accounted for 70% of the prospective pre-drill volume estimates.

Initially, ROP was hindered by extensive and hard anhydrite seal lithologies, which caused significant vibration to occur in the bottom hole assembly and measuring/logging tools, and a mechanical obstruction in the hole at around 2,400 m (7,874 ft) had to be side tracked around.

On the plus side, higher rates of penetration were achieved in deeper target Aptian reservoir sections.

The experience confirmed that technical issues encountered during previous offset wells in the region, which required several casing strings, can be overcome via modern technologies and engineering design, BPC said.

This suggests drilling costs to reach deeper target reservoirs, including key Jurassic horizons and the Lower Cretaceous, deeper water reef build-ups seen within the Santaren Channel, may be viable at current oil prices.

Depth and thickness of reservoir sections encountered were generally as prognosed pre-drill, and reservoir porosity was likewise generally in line with pre-drill expectations (in the range of 10%-20%).

Oil was identified from high oil saturation values revealed by logs in various reservoir sections, confirming the existence of a working Lower Cretaceous petroleum system and reservoir quality sequences in the Aptian.

BPC will review the data and results and present these to the government of The Bahamas.

The company believes the results could provide a strong technical basis for renewed farm-in discussions, with a view to future drilling at other target locations within BPC’s license areas.

CEO Simon Potter said that after many years of preparations, the company “drilled the Perseverance #1 well safely and without incident, testing for the presence of hydrocarbons in the southern seas of The Bahamas. This was the very specific objective of the well – not a scientific or geologic experiment, but to seek hydrocarbons in commercial quantities.”