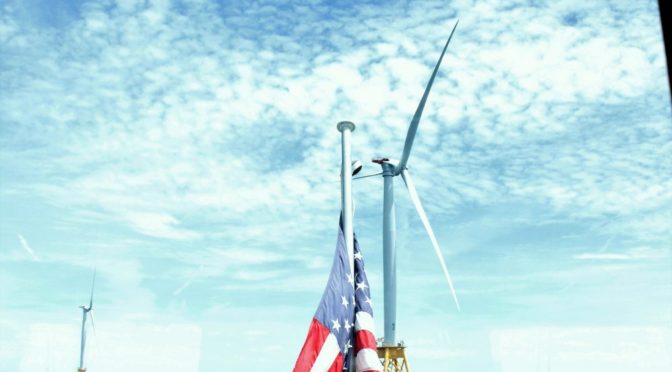 Offshore wind energy has the potential to deliver 90% of the U.S. projected 2050 electricity demand, according to Offshore Wind for America, a new report released by Environment America Research & Policy Center and Frontier Group.

The report examined the Atlantic, Pacific, Gulf and Great Lakes regions and found that each has the capacity to develop offshore wind. The Atlantic region is the clear frontrunner in terms of its potential to generate offshore wind, with the capacity, if fully developed, to generate four times as much electricity as the region used in 2019. The Gulf is second, followed by the Pacific and then the Great Lake regions in their potential capacity.

“Offshore wind is a renewable energy gold mine begging to be used,” says Johanna Neumann, senior director of Environment America Research & Policy Center’s Campaign for 100% Renewable Energy. “If we went out today and maximized its potential, offshore wind alone could provide almost double the amount of electricity used by the entire U.S. in 2019. But even if we just unlock a fraction of the country’s offshore wind capacity, it would help put us on track for a future powered by 100% renewable energy. Coupled with other renewable energy sources like solar and onshore wind, offshore wind promises to throw open the gates to a cleaner, healthier future for our kids and future generations.”

The report also highlights how the rise of offshore wind in Europe and Asia has played an important role in advancing offshore wind technologies. Notably, turbine size, generation capacity and efficiency are improving, while the introduction of floating turbines will be crucial for expanding offshore wind potential in states with especially deep coastal water, such as Maine and California.

The U.S. currently has two operational offshore wind farms and dozens of projects in the pipeline. Several Atlantic states have set enforceable targets for offshore wind in their energy mixes, but the report concludes that more state leadership and regional collaboration is needed to drive demand for offshore wind.