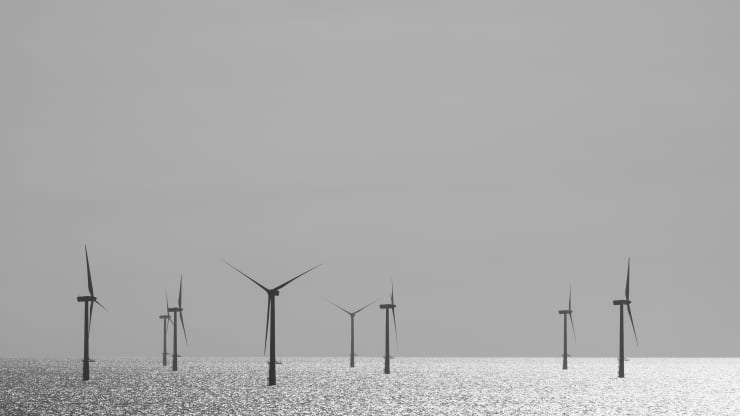 Posted By: Editorial Teamon: May 27, 2021In: offshoreNo Comments
Print Email

Energy major Equinor said Wednesday it was working with RWE Renewables and Hydro REIN on an application for the development of a “large-scale” offshore wind farm in the Norwegian North Sea.

According to a statement, the companies will work together on submitting a proposal to authorities in Norway for the facility, which would be located in an area known as Sørlige Nordsjø II.

“A large-scale offshore wind farm at Sørlige Nordsjø II could play a key role in expanding the North Sea as an offshore energy hub and create new industrial opportunities for Norway as an energy nation,” he added.

Formerly known as Statoil, Equinor’s biggest shareholder is the Norwegian state. A significant player in the oil and gas industry, the company has also sought to diversify its portfolio to include renewables.

Among other things, it is a key backer of the Dogger Bank Wind Farm, a major offshore wind project off the coast of northeast England.

In June 2020, Norwegian authorities opened up two areas in the North Sea — the aforementioned Sørlige Nordsjø II and another called Utsira Nord — for the development of offshore renewables.

In practice, this allows interested parties to put forward license applications for renewable energy projects. The opening up came into effect on Jan. 1, 2021.

Together, Sørlige Nordsjø II and Utsira Nord “allow for the development” of 4,500 megawatts of wind power, according to Norway’s government. Equinor, RWE and Hydro REIN, a subsidiary of industrial firm Hydro, did not disclose the size of their project in Wednesday’s announcement.

While it has a long association with oil and gas that looks set to continue for the foreseeable future, the North Sea is also becoming a hub for offshore wind.

As well as projects like Dogger Bank Wind Farm, it’s already home to major offshore wind facilities such as the 174 turbine, 1.2 gigawatt Hornsea One.

Danish energy firm Orsted says Hornsea One covers an area of around 407 square kilometers and is able to power “well over one million UK homes.”

On Tuesday, port operator Forth Ports announced plans for a “renewable energy hub” at the Port of Leith in Scotland.

The proposed hub, which would be backed by £40 million ($56.55 million) of private investment, is slated to cover 175 acres if built.

According to those behind the project, it would offer a “riverside marine berth capable of accommodating the world’s largest offshore wind installation vessels.”

In a statement accompanying the announcement, Charles Hammond, chief executive of Forth Ports, listed a number of factors which made the project an attractive one.

He said: “Leith’s proximity to the North Sea, which is set to become home to many more offshore wind developments, coupled with the natural deep waters of the Firth of Forth, makes this an ideal location to support not only those developments already planned, but the pipeline of projects that are sure to follow.”

Do you love being on your yacht or ship?  Register it and open a sea-going business at the same time in Vanuatu.  There are so many creative businesses you can have there involving your sea vessel.  Trade Board Limited can assist you.  Visit us at https://tradeboard.biz.